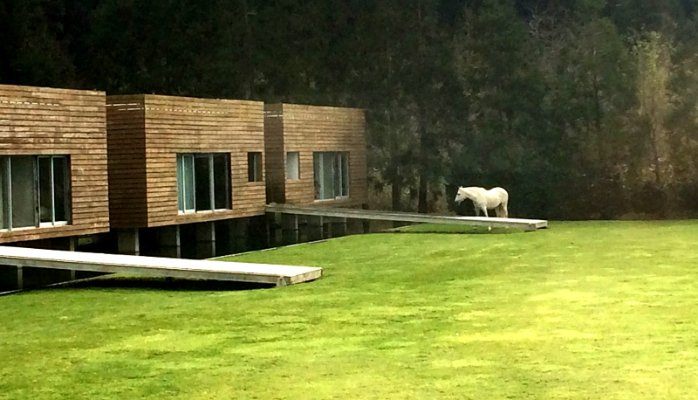 The internet is overflowing with start-up tech companies with smart new apps that will supposedly provide what you need to make your working life easier, and help you sell your creative work. It sometimes feels like web sites and smartphone apps and ‘social media’ can suck the life juices out of the day, leaving you no chance to do anything productive. It’s what Robert Pirsig called a ‘gumption trap’ in his Zen and the Art of Motorcycle Maintenance. Computers! You can’t live with them, but you can’t live without them!

It’s reassuring if a new web site has been produced by someone who’s actually had real-world experience of the hard slog of creating and successfully marketing creative work. Suzana Barbosa, under the name of Suzana d’Amour, is a smoking hot singer-songwriter who for more than a decade has been singing in live gigs and studio recordings with Mike Dell (piano) and Randall Savoie (bass). You can listen to their music,  described as “theatrical pop with a rich blend of blues, jazz and cabaret” on Suzana’s web site, suzanadamour.com. (I’ve been listening to it over and over …) They have more recently formed the band Lumanova.

Now, she is focusing on helping other creatives collaborate and market themselves.

There are two projects: Mess Hub, which has been running for a while (messhub.com, also on Facebook), and MuSpot, which is due to launch very shortly (muspot.co).

Suzana has summarised her philosophy in these projects with a quotation from Frank Zappa: “I see no reason why an artist should starve for the rest of his life. I see nothing dishonorable about making money from doing something that you like to do. I don’t think that I, or anyone in a creative field, should be forced to work in a gas station during the day so that he can do his thing at night for a limited audience.” (Zappa interviewed by Anna Maria Stramese, Underground Digest, March 1968.)

One of the roots of Mess Hub is a residential space in the Azores, Furnas Lake Villas, which has been rented out to collaborating groups of creatives (pictured above). Created by architect Fernando Monteiro, the ten modernist villas are made from locally grown Japanese cedar trees, which were introduced to the islands two centuries years ago. One of the villas is owned by the architect’s in-laws Manuel and Helena, who rent it on AirBnB, while the other nine are rented out by Suzana for musicians and artists in the off-peak months.

From that, came Mess Hub, based initially in Copenhagen. Starting in March 2015, this has been providing workshops and masterclasses to help creatives become entrepreneurs; it also organises spaces for creative collaboration. One such space being the Villas in the Azores, another is planned in Berlin.

The workshops are described as two-day pop-up bootcamps. “During the workshops, musicians discover how they can monetize their talents, and turn the idea into an alternative revenue stream.” After the workshops, “musicians become part of a community of musician-entrepreneurs that is centred around becoming financially  sustainable”.

Going beyond the success of Mess Hub, Suzana is about to unleash the MuSpot. This she describes as being “like an AirBnB for artist residencies and creatives”. A lot of corporations and institutions have artists-in-residence, but how do you find those opportunities? Through MuSpot! It also facilitates a marketplace for resources, so that musicians and other creatives “can list, discover and book creative spaces around the world,” and it helps creatives to connect and collaborate.

I’ve not seen the prototype yet – but, from talking to Suzana, it sounds like a useful tool for independent artistes. It’s launching soon – and, through the web site (muspot.co), you can get on Suzana’s mailing list to be notified when it is rolled out.

This is obviously going to be a big job, but Suzana is working with designers and computer geeks, and later this year will be enrolling in a MA in Social Entrepreneurship at Goldsmiths College in the University of London. Sounds promising!